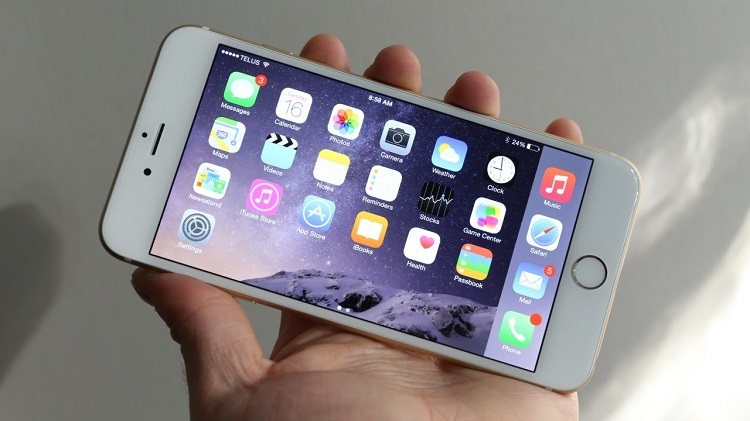 5 Must-Haves For The iPhone 6

Seriously, what’s with the screen size of the iPhone 5? The extra length means another row of icons, sure, but that’s not much consolation when its four-inch screen size pales in comparison to the default 4.7” offered by HTC and Samsung’s latest models. Apple makes beautiful displays (well, Samsung makes them, technically, those poor souls), and it seems ridiculous that they haven’t gone big. It doesn’t need to reach the excessive size of a Galaxy Note 2, but a little bump in its diagonal measurement would be appreciated.

Want to find an individual folder on your iPhone? Could be tricky. Apple are very protective of letting users into the inner workings of their iOS devices, which tends to make Android the more open of the two platforms. But if Apple threw Finder into the mix with the rest of its first-party apps, your iPhone would suddenly become a viable data storage device – a great feature, especially if they combine it with iCloud folders as well.

Wouldn’t it be cool if you could really make use of the iPhone as a mini controller for your various other Apple devices, like the iMac? The two can already communicate on a rudimentary level, but things like streaming your desktop to your iPhone when you’re on the move would be a great new feature. There’s nothing like being able to hop onto your own computer even when you’re miles away from it, and it seems like something Apple could pull off really well.

It’s what everyone who’s tired of lugging around a thick wallet alongside their iPhone wants – the ability to simply swipe their phone near a reader and have it register payment. It’s incredibly convenient, and if Apple figures out a way to ensure that you’re not at risk of someone brushing past your pocket with a reader in their hand, then going to Hawaii with the results, it should take off.

Speaking of security, why no fingerprint scanning? It seems odd that the average laptop has a reasonable chance of coming with a fingerprint scanner, but your average phone doesn’t. Given Apple’s knack for designing state-of-the-art capacitive touch screens, it wouldn’t be a huge leap in their design process to work in something that means that unless you’re the one handling your phone, it’s not letting anything out.

Author’s Bio: Allie Cooper is a tech aficionado and a fan of anything gadgets, freshly launched apps, online media and updates from start-ups and industry. Her free time is taken up exploring her passion for music and cooking. Find her on Google + and Twitter.

Matthew Tan is a writer and entrepreneur who writes about business, marketing, tech, lifehacks, and education. He is the founder of todaynewsletter.net.

10 Top Advantages of Using Under the Sink Water Filters

Teaching in Universities: A Sense of Entitlement

Benefits That A Finance Manager Can Reap From Preventive Maintenance Software

Mobile Tech: How To Create The Best Mobile Applications

How Technology Improved Life At Home

How to Check Your Website Authority in Less Than 5 Minutes?